This was posted on the UM forum in august:

Quote
I have been wondering what this Red Cliff of the Frisian legends was, and I still do.

I believe this term was originally referring to a REAL red cliff, namely part of the coast of Helgoland and later the name was moved to something in Friesland.

This may be significant, because toponyms were often re-used when people migrated, resulting in major confusion among historians (example: Troy and Odysseus voyage).

Helgoland was an important source for copper, hence important for bronze production. 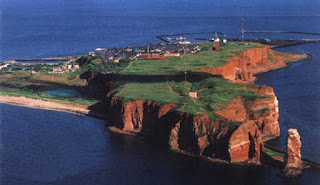 gestur, on 18 August 2013 - 01:38 PM, said:
I believe this term was originally referring to a REAL red cliff, namely part of the coast of Helgoland and later the name was moved to something in Friesland.

Most of pre-19th century Frisian historiography is rejected because it is assumed to be 'merely fantasy'.
The term used for it is "fantastic Frisian history" or "Frisian mythology".
One main reason for it not being taken seriously is the occurence of a dragon and fire coming out of the earth at the "Red Cliff".

It is usually assumed that this is about the so-called Red Clif (or clivus ruber) in Friesland: 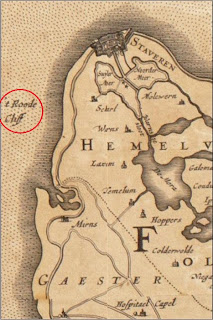 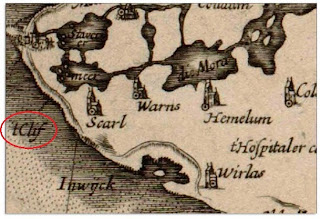 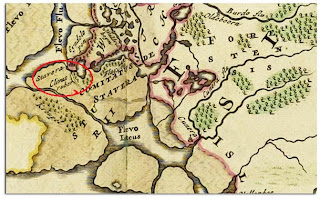 I suggest the possibility that this Frisian 'cliff' is named after the old legend and not the other way around.

The legend can then be based on REAL red cliffs, on the island Helgoland, were bronze was made, hence the fire and dragon symbolism: it may have been coded information. (I will argue this in more detail later.)

On the island Sylt, north-east of Helgoland (Nordfriesland near border Germany-Denmark) there is also a so-called 'Red Cliff' (Roten Kliff near Kampen): 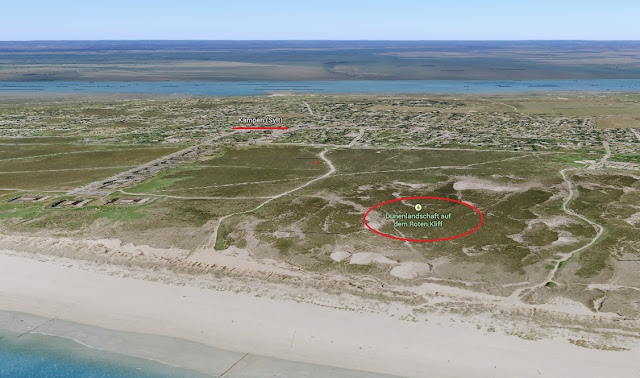 The relevance for OLB is, that when the Frisian mythology is taken more seriously, OLB also will make more sense.

Like I said, there are more Red Cliffs, some of which actually look more like a REAL cliff than the one in Friesland:de.wikipedia/Rotes_Kliff

The dragon part is of course nothing but superstitious nonsense.
When people speak of a capricorn they usually don't mean the real animal or even the fantasy half horned-half fishtail creature, but a formation of stars.

Likewise, many mythological symbols may have been based on natural phenomena.
For example electric discharge in the night sky (source: Thunderbolts Project):

Like the unicorn and phoenix, the dragon can be a symbol.

The dragon-theme is seen in many ancient mythologies and usually related to fire.

If indeed Helgoland was important for bronze-production (because of its rich copper resourses), its red cliff can easily be associated with fire and thus, dragons.
at 17:21