Many Westfrisian women's names are simply the diminutive from the male variant:

Ibe, IJf, Ivo, Ives, Uwe, etc. are man's names that are derived from a significant tree, the yew, which was famous for its strong and flexible wood - perfect for making bows - its long life (2000 year old trees are known) and both poison and medicine that can be made of it. (The red berries are edible, but NOT their seeds!)

Many scholars believe that the Yggdrasill from pre-Christian tradition must have been a yew. There must have been many more yews in Europe, but during wars many were cut for making weapons and since their growth is very slow, there are relatively few left. At the other hand, some of the oldest wooden artefacts were made from the yew tree.


One of the world's oldest surviving wooden artefacts is a Clactonian yew spear head, found in 1911 at Clacton-on-Sea, in Essex, UK. It is estimated to be about 450,000 years old.
[...]
In traditional Germanic paganism, Yggdrasill was often seen as a giant ash tree. Many scholars now agree that in the past an error has been made in the interpretation of the ancient writings, and that the tree is most likely a European yew (Taxus baccata). This mistake would find its origin in an alternative word for the yew tree in the Old Norse, namely needle ash (barraskr). In addition, ancient sources, including the Eddas, speak about a vetgrønster vida which means "evergreen tree". An ash sheds its leaves in the winter, while yew trees retain their needles. (source) 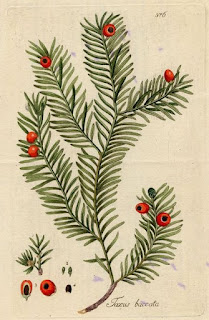 This has been discussed earlier in the forum. However, as there have been prominent Oera Linda researchers (i.c. German Harm Menkens* and Alewyn Raubenheimer**) who state that the authenticity of the texts can be established simply by the fact that there was indeed a cataclysm ca. 2200 BCE, here is once more a Frisian Almanac page (1836) that has the same year for the (Biblical) deluge.

As my readers know, I rather advocate OLB's authenticity than any hoax theory. However, the flood year on itself is not good evidence (for either theory), since it was known even before Cornelis Over de Linden got the manuscript in his possession (1848 according to himself).
at 13:07 No comments:

Earlier I posted an English translation of a letter from Cornelis Over de Linden to Dr. J.G. Ottema, dated June 11, 1871: here and here.

Because this letter is important in a discussion in Germany, I post the Dutch original here, as copied by Mr. N. Luitse (1990, scans below). The parts that are most relevant are colored. [added 2021, July 3: see translation and context here] 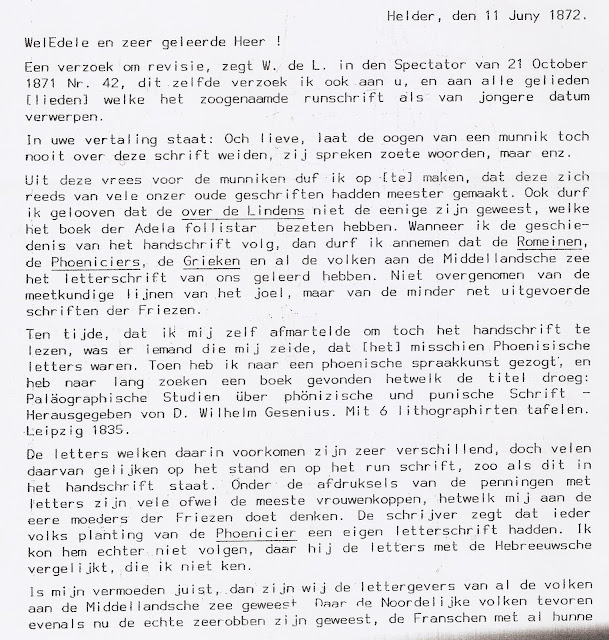 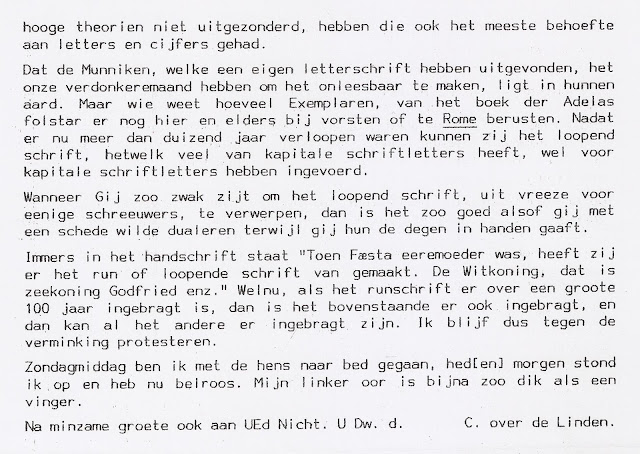