According to the currently prevailing theory, the manuscript that became known as the Oera Linda-book would have been fabricated by 1. Haverschmidt (initiator and author); 2. Verwijs (translator into pseudo Old-Frisian); and 3. Over de Linden (writer in pseudo old script on quasi old paper).

This theory assumes that Haverschmidt, during his two years (1862-1864) as clergyman in Den Helder, became acquainted with Over de Linden, where the latter was shipyard supervisor of the Royal Navy. However, Over de Linden was not a churchgoer, was 23 years older than Haverschmidt, had just become widower and was about to remarry. Haverschmidt will have had to focus his attention on his new parish, the usual preparation of sermons and also was about to get married. Both men worked full time.

After Haverschmidt moved to Schiedam in 1864, he became father and will again have had to get to know his parish. Besides all the research needed to be able to write the initial text of the OLB, he would have had to correspond with both Verwijs to get it translated and with Over de Linden to give it the old look. Those last two jobs must also have been very extensive - not something that can be done in a few Sunday afternoons!

Between 1867 and 1869, Over de Linden and Verwijs have corresponded about the manuscript aiming to get it translated into Dutch. Verwijs visited Den Helder to see the manuscript for himself. All of this would have been part of the conspiracy. All three kept it a secret, even after their deaths. Over de Linden would have lied to his children and grandchildren about it. The witnesses who confirmed to - long before it became well known - have heard about the manuscript (several), or even have seen it (one), must all have lied or been confused.

These three men had a career, a social life, a family. Assuming it would even be possible to create something like the Oera Linda-book and keep this a total secret, a team of highly motivated specialists would have to work on it for many years, like monks or hermits. The supposed suspects, however, had a life. Therefore, the Haverschmidt theory is not realistic.

1. Cornelis Over de Linden: (1811-1874) see genealogy
Over de Linden to Dr. Ottema, 16-11-1871:
"I don't have the slightest doubts that one day the truth will come float to the surface, but now that I have studied your translation, I figure that the laws described in it are very radical, and that when the theology it teaches would become that of the people again, all sorts of clergymen would have to find a new job. That is why I think they will oppose it as much as is in their power."
(Dat de waarheid boven drijven zal daar twijfel ik geenszins aan, maar nu dat ik uwe vertaling bestudeerd heb, meen ik dat de wetten welke daarin voorkomen zeer radicaal zijn, en dat als de godsdienst die er in geleerd wordt, weder die van het volk werd, de dominées en c.s. wel een ander baantje bij den hand mogten nemen. Daarom dunkt mij zullen zij het zoo veel tegenwerken als in hun vermogen is.) 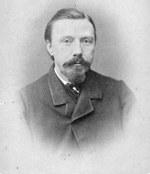 Idem, 19-10-1867:
"It certainly is a manuscript of one of your ancestors, copied many times [...] which absolutely deserves to be known."
('t Is zeker een meermalen overgeschreven handschrift van een Uwer voorvaders [...] dat alleszins verdiend gekend te worden.)

Note: In his 1863 publication "De namen der vrouw bij den Germaan" (Germanic words for 'woman'), Verwijs suggests that the name of the village Vronen was derived from the Old-Frisian word FRÁN (Dutch 'vroom'; sacred, pious), while in OLB this is FOR.ÁNA (Dutch 'vooraan': in front). If he was really the translator, it should be possible to identify his 'signature' in the OLB. However, in the meticulous studies that tried to prove him guilty, such evidence was never found.

Note: Verwijs wrote 17-10-1867 to state officials about the manuscript containing "about 200 pages". Assuming it was fabricated, this must have been done before Verwijs wrote the officials, for if they would have demanded to immediately obtain or see it, he would have risked his reputation (or more). 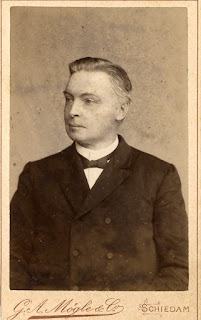