In memory of Hans Olav Lien

Hans Olav Lien was a Norwegian Oera Linda researcher and translator. He participated (as "Apol") in the discussion on Unexplained Mysteries and had a great website, which is currently offline.

According to a message from his family, Hans Olav died on March 6th, suddenly and unexpectedly, aged 61.

Although I never met Hans Olav in person, it felt like he was a friend and the news of his death has made me sad. We have corresponded about our shared fascination, until two weeks before he died, and he translated my videos about Oera Linda into Norwegian.

I hope his next of kin will make his website available again, because he devoted a considerable part of his life to it and it is - and will be - of great value.

Through web.archive.org, the introduction of his website can still be recovered. I copied it below. His Norse translation is still available on my other blog.

Hans Olav, I miss you already and am grateful for all the great work you did.

From Hans Olav's website (oeralindabook.com) which included a transliteration, a Norse and an English translation:

The Oera Linda Book
is one of the strangest manuscripts in existence. It came to light in The Netherlands in 1867, when shipwright Cornelis Over de Linden in Enkhuizen presented it to the public for the first time – in Leeuwarden in the province of Friesland.
The manuscript was put down in a time when there in North Europe shouldn’t even have existed any written language, and the alphabet in which it is written had never been seen before by anyone in modern times – though it bears some resemblance to the alphabet we use today.
The 186 page-long manuscript present to us outlines of European history from a time so remote that we know almost nothing about it, other than through archaeological finds, DNA, and a few references by Greek writers of antiquity. Today one regards North Europe as having been a quite unimportant outpost in the Bronze and Iron Ages. Here, however, we are getting to know that today’s Netherlands was the administrative, cultural, and religious center of Europe ever since before 2193 BC, when a vast global nature catastrophe ravaged the planet.
The reason why they started to write down their history around 560 BC, was that the culture at that time was under heavy pressure due to conquests and infiltrations from the Middle East. Learned of the time faced that their culture and faith was about to be wiped out completely, therefore they wrote down all historical material and their doctrines so that it shouldn’t become lost for the future. The material was collected from the burgh-walls – where it had been the tradition to inscribe all what was important, as well as from other sources.
It was all collected in a scripture or book named The Book of Adela’s Followers. Adela was the unofficial folk-mother of the nation at that time, and she was also the initiator of collecting the material. The book was taken care of by her family, which was granted the name Overa Linda – an older version of Over de Linden – after she was killed. Later members of the family have provided more material, and two of them have enclosed cover letters with strict messages to the inheritors:

The writing of the history ended in the first half of the first century AD, and in our time the complete material was given the title The Oera Linda Book. 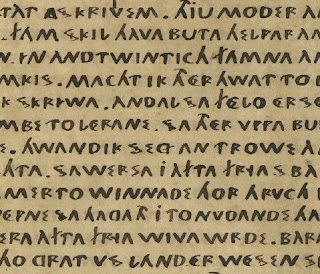 The scientific establishment has never made any real effort to study either the content of the book or the paper on which it is written. One has just supposed it to be humbug, and the sparse examinations which have been undertaken have been made with that as the base. Of natural reasons historians and other researchers are shunning everything which is controversial. But there isn’t possible to detect any grounds that the book should be a forgery other than fictitious, and its content presents so many problems for discussion that if it should be a falsification it would have been far more unbelievable than if it should have been preserved over 2500 years.
On February 16th, 2016, ‘Othar’ (Jan Ott) wrote on the blog Oera Linda and the Great Flood, Part 3, on the website Unexplained Mysteries:


When information is hidden to the common public, it is called “occult”. When an occult source suddenly shows up in the public domain, it will be a threat to the cultural elite, so they will try to hide it again.
In the case of the Oera Linda Book, they were too late, since it was translated, published and widely discussed before they knew it. So what else could be done than have it ridiculed and intimidate scholars who dared to be interested in it? um

He is one of the several amateurs who are doing research on the content of the book, and I am another.
As the book has been copied several times during the ages, because the material on which it is written hasn’t lasted for ever, what we are left with today is possibly a scripture of the mid 19th century. If that’s the case, an eventual authenticity can only be searched for in the written content – in what is told there which one couldn’t know around AD 1850. I have based the material presented on this website on that fact, though I regard it as probable that the physical material might be 600 years older.
The Oera Linda Book has previously been translated into Dutch,to gjh jfo English,tol olb German,du doe French,lld Italian,ild Afrikaans,dol Spanish hga and Swedish.ole Here is presented for the first time a translation in Norwegian, and at the same time an English version which is more true to the contents of the book. The two translations are running parallel in the form of a polyglot, in combination with the original text transcribed into Latin letters. 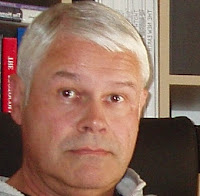 Explanation to the text:

In the translations the material is sorted chronologically. The original pagination is inserted as red numbers in the text. What is else written in red types, are my comments.
See the original manuscript here:
http://images.tresoar.nl/OLB
All pages: © Hans Olav Lien, 2015 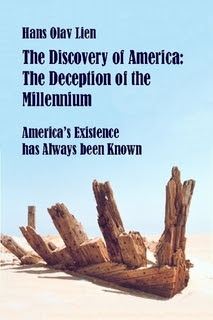 Hans Olav was also the author of "The Discovery of America - The Deception of the Millennium", which is still for sale.