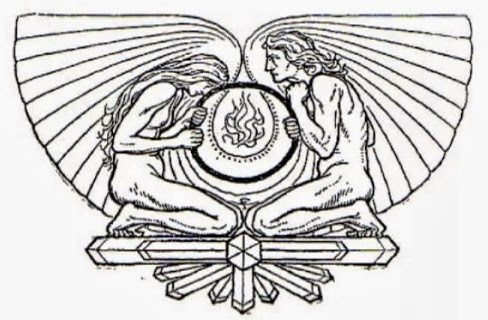 The Puzzler, on 12 October 2013 - 03:31 PM, said:
gestur, I'd be particularly interested in what you think of this next part ... but more about the etymology of the actual name itself in regards to the OLB info. [...]
Again no N in this OLB word but the translation is: The sea-people say Linwerd, but that is nonsense

many toponyms ending with varieties of -werd here:
http://gtb.inl.nl/waard

"Wardja" sounds like a verb to me, but it doesn't show up anywhere else in the OLB.

My first association is with the dutch verb "bewaren" = to keep, save, preserve,protect
Thus, a place where the people can be safe.
But I'm not sure. I guess there is no definite answer to this one.

Quote
Therefore Leeuwarden is a Dutch name NOT in etymological alliance with the original Frisian word Liudwert...

I agree to that.

And I can imagine that this might have something to do with the lion ("leeuw") being the symbol of the counts of Holland and the house of Orange and it also became a symbol of Friesland:

The Puzzler, on 12 October 2013 - 04:42 PM, said:
weson is an odd word to me for orphan, although I can see it is via the Frisian dictionary - I wonder what root word, in any language, that is associated with - does anyone know?

... and this is interesting:

Faun seems to be related to Pan.

I find it remarkable how often in OLB "winna" (to win) is about "winning" people (or children) or making friends.
Here's a list of all fragments I found (the ones about people made bold):

But the Fryan E that it represents in Ottema's transcription, is like the Dutch-Frisian long E: ee or é.
(We say "wéduwen" and "wézen". É sounding like "nay". German has the same double ee sound, as in Seele.)
That is why I use É.
Likewise, I have chosen to use À and Á, since they are more like the Fryan A's and more people will understand how to pronounce that, than â.

To understand the language of the OLB, it's helpful to speak it out loud.

That is a new online dictionary by the German scolar Köbler.
Older Oldfrisian dictionaries (Wiarda 1786, Hettema 1832, Richthofen 1840) don't use the ê.

I wanted to make the OLB more accessible to a larger audience, that's why I have chosen letters that are more easy to read. For example I simply use TH instead of the Ð that Knul uses. He also uses U with ° that I have no idea how to pronounce.

Language is not mathematics.

Sometimes the 'double-U' was seen as one letter, sometimes as two.

Sometimes it is pronounced as in "wit", sometimes as in "ooze".

Knul, on 15 October 2013 - 12:16 AM, said:
Wouldn't be useful to follow the transcription by Koebler?
The OLB words could be integrated into his Old Frisian dictionary.
This would facilitate references very much.

In my opinion, to make it most easily accessible for a larger audience, it would be best to use letters that are easy to read.

People who would use a dictionary as that by Köbler, will understand that wés, wês, wees and waise are the same.

Besides, OLB has a wide spelling variety, as have the modern NW-European languages.