In my last video (part 4b - Ancient 'Racism'), I promised to look into the question if the Oera Linda Book is indeed 'racist', as dr. Jensma claimed.

The answer can be short and simple. 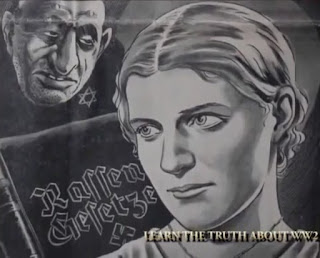 Let us look at the most primal and basic laws of the pre-christian proto-Frisians or children of Frya as they called themselves: Frya's Tex.

First, a fragment about this Tex, from Minno, the seaking, visionary and philosopher who introduced laws into Crete.

In my youth I sometimes complained about the restrictions of the laws.
Later I often thanked Frya for her Tex
and our ancestors for the laws that are based upon it.

The following is the part of Frya's Tex that deals with interracial relations (page 13, line 5-29):

8. Do not attack the folks of Lyda (black) nor of Finda (brown/ yellow).
Wralda (the most ancient-, or world-spirit) would help them,
so that the violence that came from you
would come back upon your own heads.

9. If it would occur
that they wanted your council or something else,
then you ought to help them.
But if they come to rob,
then fall down upon them like lightning fire. 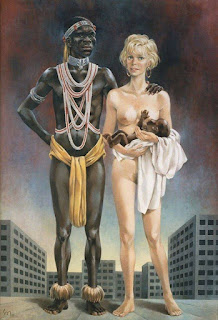 10. If one of them
desires one of your daughters as his wife,
and she wants that too,
then you must point out her stupidity to her.
But if she still wants to follow her asker,
that she then go with peace.

11. If your sons want from their daughters,
then you must do the same as with your daughters.
But nor the first (the daughters), nor the second (the sons) may come back.
For they would bring foreign morals and habits with them,
and when these are accepted by you,
I can no longer watch over you. 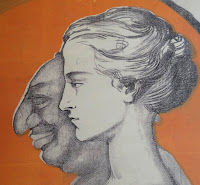 Although the Frya's had a peaceful attitude to the other races, as long as the latter did not start any aggression, and they even allowed their children to leave and mix with the other races, they would not allow any of them (back) in their midst.
According to the current mainstream opinion, this would be a highly 'racist' attitude.

That ancient texts are 'racist' according to the cultural-marxist values of our time, should not be a surprise though, as Tacitus (c.58 - c.120 CE) wrote in Germania: 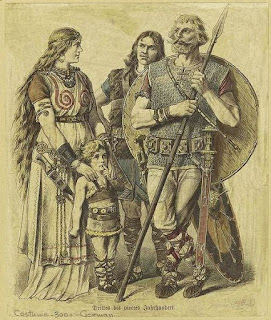 "... the peoples of Germany have never contaminated themselves by intermarriage with foreigners but remain of pure blood, distinct and unlike any other nation. One result of this is that their physical characteristics, in so far as one can generalize about such a large population, are always the same: fierce-looking blue eyes..."